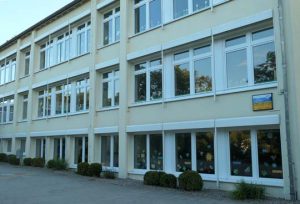 In mid-June 2018 press and television in Germany reported a request from the Left Party regarding a redevelopment concept for public buildings in the Saarland (Germany). The state government admitted that not all of these buildings had been systematically examined for PCB contamination. “The current building stock is not under general PCB suspicion,” says the state government and adds that there is no fundamental obligation for exploration PCB. “However, if refurbishment measures are planned for day care centers, precautionary measures will be carried out in the affected areas on the joints filled with PCBs”. Jochen Flackus, the parliamentary managing director of the Left Party, calls on the state government to develop a concept for the rehabilitation of PCB-contaminated buildings. Flackus points out that until around the 1980s, around 20,000 tons of PCB had been used as sealants in schools, kindergartens and other public buildings throughout Germany.

Polychlorinated biphenyls are a synthetic chemical that occurs primarily in the form of a slightly yellowish, intense-smelling, oily liquid in engineering applications. The chemical has excellent functional properties. For example, PCB has been used in capacitors and transformers because of its high flammability and good insulating properties. Further areas of use are permanently elastic joints in concrete masonry, hydraulic oils, lubricants and flame retardants. In addition to its chemical and physical properties, PCB also has high biological stability, which is why considerable environmental pollution can still occur if it is disposed of improperly. Due to its high fat solubility, PCBs are enriched in the food chain. One study indicates that the European otter has probably died out due to infertility due to PCB ingestion.
In the event of a fire or explosion, highly toxic furans and dioxins are formed and released from PCBs, making headlines under the term “Seveso poison”. In addition to fires or explosions, leaks or overheating of electrical equipment can cause PCB oil to leak, contaminating entire buildings. Due to the mentioned risk factors, PCB was banned in Germany in 1989.

The group of polychlorinated biphenyls includes 209 systematically numbered individual substances. The so-called low-chlorinated PCBs, which are mainly absorbed via the indoor air, are degraded by the body much faster than the higher chlorinated PCBs, which mainly enter the organism via food. Most of the PCBs taken up by the body are metabolised in the liver and then excreted via the urine and to a small extent via the bile and the stool. The more chlorine atoms a PCB substance has, the more fat-soluble it is. Therefore, the higher chlorinated substances accumulate partly in the fatty tissue of the liver and in the fat of the central nervous system. When high doses were absorbed into the organism, acne-like changes in the skin, liver dysfunction and inflammatory effects on the respiratory and nervous systems were observed. Animal studies have shown that certain groups of substances can promote the growth of tumors. In humans, carcinogenic or tumor-promoting effects have not been demonstrated. As a rule, humans consume up to 90% of the PCB through their diet. The intake via the respiratory tract and skin is estimated to be low overall.

As the website come-on.de reported, the comprehensive school in Kierspe, a village located in the western Sauerland (Germany), had a massive PCP problem in 2014. In 26 classrooms and 13 teacher training centers, the pollution levels had been determined. Although the laboratory values were below the guideline II of 3000 nanograms per cubic meter (ng/m³) of room air, which would have required an immediate closure of the rooms, but in some cases significantly above the guideline value I (precautionary value) of 300 ng/m³. The cause of the pollutant load was the capacitors in the fluorescent tubes and, in addition, the sealing joints of the concrete walls in two rooms. The city as a school bearer and the school management decided to renovate the rooms. After all, 320 fluorescent tubes had to be replaced by LED lamps. The expansion joints were also replaced. But that did not end the problem. After a control measurement in the rehabilitated rooms, the laboratory results still indicated values in the range of reference value I. What was the reason?

The secondary contamination was overlooked

The expert office and construction management staff went back to searching for clues. They found that the oil in the fluorescent tube capacitors had contaminated the open-celled ceiling panels and cork floor in some rooms with PCBs. Secondary contamination is when building materials have been exposed to the toxin for longer and now emit pollutants themselves into the room air. After two rooms were rehearsed for the sample, the measurement gave acceptable laboratory values. The building administration gave the green light for the renovation of the remaining school rooms. In total, the city administration had to raise 400,000 euros for the entire PCB refurbishment.

Sampling and analysis of PCB

As noted above, 209 systematically numbered individual substances are included in the total of polychlorinated biphenyls. Since the measurement of all substances would be too costly, six individual substances are determined as indicators. The congeners with the numbers 28, 52 and 101 are among the low-chlorinated, volatile substances that are found especially in the air. The congeners numbered 138, 153 and 180 are among the higher chlorinated, low volatile components, which are primarily absorbed through the diet. In order to determine all PCB components safely, it is advisable to analyze not only the room air measurement but also the house dust for all six congeners shown above. For the sampling of ambient air, the German chemical laboratory “Analytik Aurachtal” offers the so-called “large” filter with which 2,000 liters of air are taken in at a flow rate of 30 liters per minute. The sampling time shortens with this method to little more than one hour. At least 0.5 grams of dust, which should be at least ten days old, is needed for the analysis of house dust.