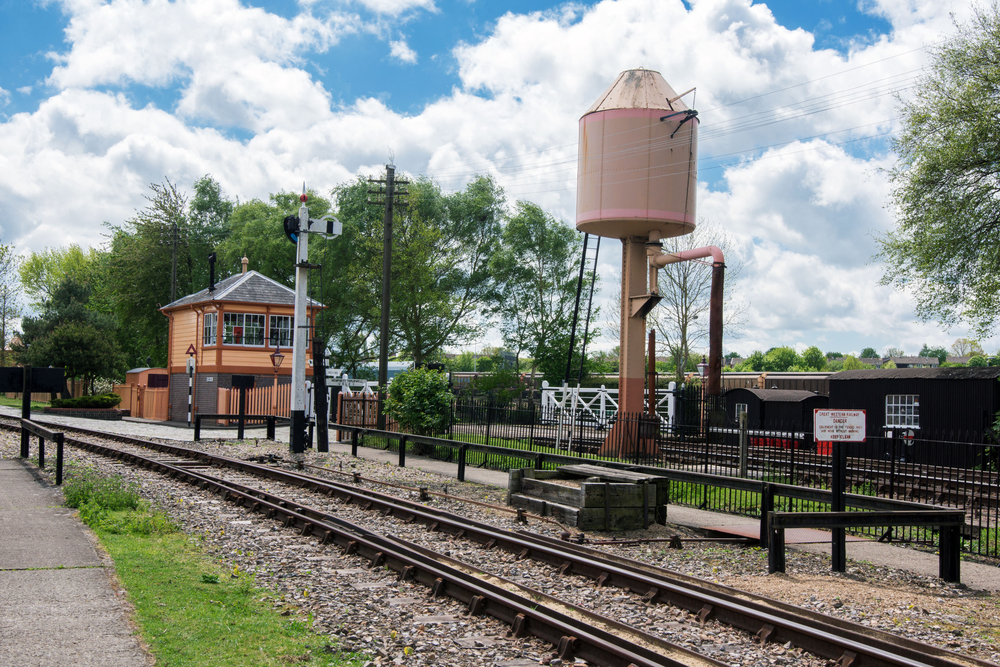 A power line in the vicinity of the construction site can have a significant influence on the selection of the land. In the case of the Herbig family from Bamberg/Germany, the power line supplied the railway track with an alternating current of 16 ⅔ Hz. Sven Herbig had inquired about the power stations and received the corresponding information. When measuring the magnetic alternating fields on the building site, the usual experience values were obtained: the load decreases sharply at a distance from the power line. In this case, despite the increasing distance, the measured value remained on a base of 20 nanotesla. This is reason enough for Sven Herbig to investigate the cause of the measurement results together with the instructed measuring technician.

The track current spreads over the ground

The track current has the unpleasant property of taking the path over the rails and additionally over the ground during the return flow. But first, the whole thing from the beginning: The 110-kilovolt high-voltage network connects power stations, converters and converters with railway sub-stations, in which the 110 kV traction current is transformed down to 15 kV. From the railway station, the electricity reaches directly into the overhead lines to the train. The return current flows back over the rails and the ground to the railway underpass. This backflow spreads over the soil into individual houses. The more humid the earth is, the more current it conducts. Due to the uncertain soil conditions, it is difficult to predict the impact of magnetic alternating fields on electrified railway lines. With the help of long-term records, however, experience values can be gained.

The strength of the magnetic fields of railway power plants fluctuates considerably during the day. If no train runs in a supply section between two current supply points, no current also flows and the magnetic field is equal to zero. If, on the other hand, several trains travel simultaneously on a section, the current flow is correspondingly large. The start of the train in the station and the subsequent acceleration produces the strongest current flow and consequently the largest magnetic alternating field.

Should family Herbig buy the plot?

A glance at the “building biology evaluation guidelines for sleeping places (SBM 2015)” gives the following information: a measurement value from zero to 20 nanotesla is considered “inconspicuous”. Values between 20 and 100 nanotesla are classified as “weakly conspicuous”. The maximum value measured on the plot was 60 nanotesla, the minimum 20 nanotesla. According to SBM 2015, therefore, there is a “weak conspicuousness”. The extent to which this guideline particularly protects children against long-term health risks can not be clearly demonstrated. If the Herbig family wants to rule out any risk with respect to magnetic alternating fields, they should renounce the property. In an area without a track current and adjacent power line, the measurement result will be at zero nanotesla. In the case of the Herbig family, higher values are expected in the future. In 2018 the Intercity train connection between Nuremberg and Berlin will go into operation. Then trains should be driven at night, too.

What are the “Building Biology Evaluation Guidelines”?

The Building Biology Evaluation Guidelines are based on the precautionary principle. They are specifically designed for sleeping areas associated with long-term risks and a most sensitive window of opportunity for regeneration. They are based on the experience and knowledge of the building biology community and focus on achievability. In addition, sci-
entific studies and other recommendations are also consulted. With its professional approach, building biology testing methods help identify, minimize and avoid environmental risk factors within an individual’s framework of possibility. It is the Standard’s goal to identify, locate and assess potential sources of risk by considering all subcategories in a holistic manner and implementing the best possible diagnostic tools available with analytic expertise in order to create indoor living environments that are as exposure-free and natural as practicable. Guiding Principle: Any risk reduction is worth aiming at.