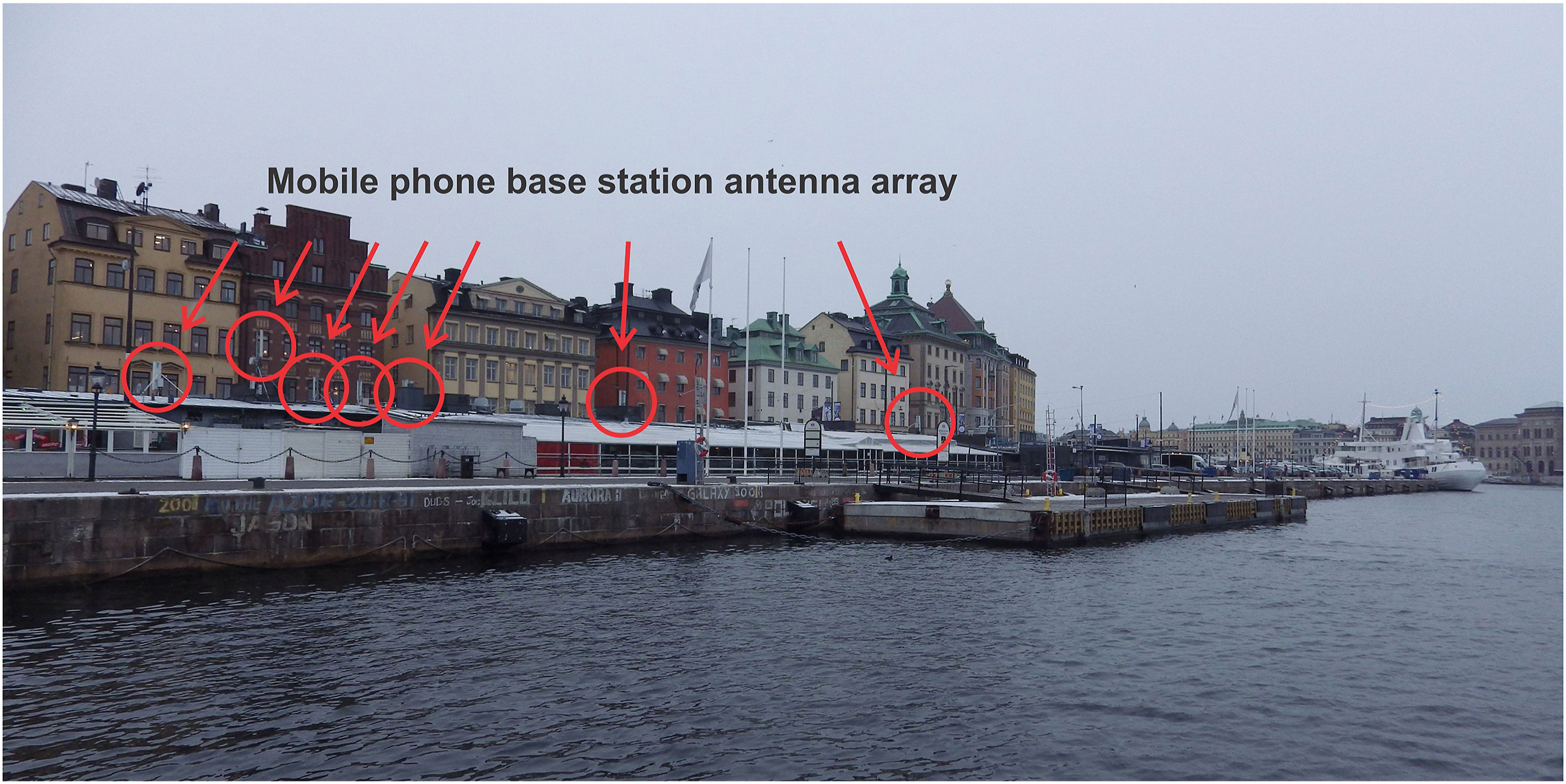 Seven low-level mobile phone antennas are located along the shore road in the Skeppsbron district of Stockholm (Sweden). An international team of researchers led by Mikko Ahonen from Finland and Michael Carlberg from Sweden concluded in a study that the determination of the locations along the shore road serves as an example of a poorly designed antenna structure. A portable exposimeter was used to record electromagnetic radiation at various measurement points. The highest average field strength in one of the defined segments was 12.1 volts per meter (V/m), corresponding to a radiation density of 388 milliwatts per square meter (mW/m²). The peak value in the area studied was 31.5 V/m (2,648 mW/m²), reaching over 50 percent of the internationally accepted limit of 61 V/m at a frequency of 2,600 megahertz.
END_OF_DOCUMENT_TOKEN_TO_BE_REPLACED