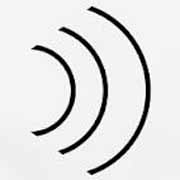 The negative effect of infrasound on human health is controversial in the permitting of industrial installations. The scientific evidence is thin so far. Researchers at the Ludwig-Maximilian-University Munich (LMU) could now prove that the inner ear needs a relatively long time to recover from exposure to low-frequency sound. “The recovery time is longer than the duration of the load,” says researcher Dr. Drexl of the Department of Neurobiology at the LMU.

Low-frequency sound below the treshold

The perception below the threshold of hearing is officially denied.
The Bavarian State Office for Environmental writes on his website: “The recent data indicate that health effects of infrasound occur until the hearing threshold – ie only sound in the audible range … The infrasound from wind turbines can neither be heard nor perceived differently by people. Consequently no health effects are expected”.
Dr. Markus Drexl and colleagues were able to demonstrate with their study that sound is perceived by the human inner ear below 100 Hertz. The mechanical responses that are triggered in the inner ear are not to be expected at higher frequency sound.

An acoustic experiment with 21 subjects

The LMU-neurobiologists emitted a tone of 30 Hz with a noise level of 80 db/A that means 120 dB/Z. The participants took the sound via an earplug on in a period of 90 seconds. Subsequently, the spontaneous otoacoustic emissions in the inner ear (SOAEs) were measured. The healthy inner ear produces these very soft sounds themselves, even when no noise is present. On the emission of low-frequency noise of 30 Hz, the SOAEs of the subjects responded with slow, uniform fluctuations. This lasted two minutes after cessation of the noise.
Thus, the recovery of the inner ear is longer than the duration of the noise. A potential damage to the inner ear is not yet confirmed. The research team wants to experiment in this field. The following knowledge keeps Dr. Drexl for secured: “The ear responds very well to low-frequency sounds, even if they are not or difficult to hear.”

The LfU Bavaria lists the auditory thresholds in the above mentioned paper. It follows that the emitted noise level of 120 dB/Z from the LMU researchers is above the threshold of hearing. Even more interesting would be the research project to measure the reactions of the inner ear with noise levels below the threshold of hearing. According to a personal information of Dr. Drexl, researchers continue to work on this topic. A new publication is not planned in the near future.

The detailed research result was published in the journal Royal Society Open Science (RSOS) on 10/1/2014.