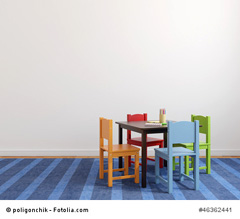 2-chlorpropane found in a daycare center

The building department of Stuttgart (Germany) leads for new buildings and renovations in schools and daycare centers routinely measuring pollutants in indoor environments. These precautionary measures proved in case of daycare in Uhrlbach a stroke of luck. It has been found in the laboratory analysis of highly volatile substance (VVOC) 2-chlorpropane. Maybe you would not yet taken the result at the Stuttgart authority seriously, if not available in schools and nursery in Bavaria, the 2-chlorpropane would have noticed. Then, the Ad-hoc-working group of the interior Commision of Federal Environment Agency had responded and recommended values for the tear gas. According to the protocol of the meeting from 22./23. October 2012 stated as a guide-II 8mg/m3 and as a guide-I 0,8 mg/m3. Insiders know that the indicative “guide-I” is considered to be precautionary, to be taken any action.

The Ad-hoc-committee looks at their risk assessment, on the ECHA website (ECHA=europäische Chemikalienagentur) published study as relevant as it has been performed according to OECD guidelines. So far 2-chlorpropane was recognized not spontaneous as harmful in animal studies. However, damage to the liver, lungs und kidneys were after long-term exposure to 1.000 ppm for different animals found in tissue samples. It is also known that the colorless liquid with a chloroform-like odor may be irritating to skin and eyes. In high concentrations, 2-chlorpropane has a narcotic.

How does the irritant gas into the interior?

The building department of Stuttgart adheres still covered. The only certainty is that 2-chlorpropane is noticed in the buildings in which new materials has been incorporated into the renovation measure. For all other buliding materials were in the front material certificates valid. In the case of urban nursery in Nuremberg-Boxdorf had identified the cause in 2011. The executive firm had used a phenolic insulation panel for floor insulation instead of the advertised wood fiber insulation, because it is thinner and thus allows a lower floor structure. The teachers had noticed a peculiar smell. The room air measurement gave a value of 1,7 milligrams per cubic meter. Although there was no indication in 2011, the public works office in Nuremberg opted for the expansion of the insulation boards and led precaution in other public buildings renovated measurements. As a result, three schools were striking in terms of 2-chlorpropane. Phenolic insulation panels are now longer allowed by the Nuremberg municipal authority.

The manufacturer sells the foam panels in Europe in large numbers. Based on the submitted certificates it does not present the safety in question. Thus, there is a processing error? The appointed expert in the case nursey Boxdorf sees a connection through the use of mastic asphalt. This could have damaged the insulations boards. In the school centre in Munich Untermenzing also phenolic resin-based insulation boards were used in the dining room in 2008. Alarmed by the new guidelines it came to measurements in 2013 that also exceeded the guideline values.No decleration has been made in the press release dated 11.4.2013 on the type of processing and the entire floor structure.

Building approval as a licence for the safety?

The “German Institute for Building Technology” examines new materials in accordance with established rules and left after passing the examination, the release of a building material. By the certificate of the material is considered harmless to health and may be used by contracting authorities. But how can a testing laboratory react flexibly to new insights? Relying too long to existing guidelines? Are specifications oft he Ad-hoc-working group incorporated as soon as possible? It is a race against time as permanent new chemical combinations go into building materials.

Conclusion: The awarding authorities will in future no longer rely solely on certificates. The study of the safety data sheets is essential. Furthermore, the executive craftsmen must be checked to see whether the prescribed materials are actually incorporated.