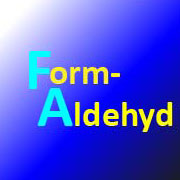 formaldehyde in an office

Six months ago Anne Hopf took up her new job in a public authority in North-Hesse/Germany. She is sitting in an office space of twenty square meters, together with a colleague. In the room are built-in wardrobes, shelves and many about seventy well-stocked folder. Four weeks ago Anne Hopf complains often of headaches and burning eyes. The colleague of Anne, however, has no complaints. The supervisor has addressed the matter and commissioned a building biologists for root cause analysis. Based on the described symptoms and the existing spatial features, the expert suggests an air sample in formaldehyde.

The sampling medium is a DNPH cartridge. It will be sucked at a flow rate of a maximum of 1.5 liters per minute to 50 liters air. The room must not be aired at least eight hours before the action begins. The room temperature should not fall below ten degrees Celsius. The experts pay attention to another important constraint: an ozone exposure to a laser printer or copier is to be avoided. High ozone levels can interfere with the analysis or even lead to consumption of DNPH. The expert writes in the sampling protocol the room temperature, the relative humidity, the accumulated number of liters and the duration of the run. Information about room size and furnishings complete the report to the laboratory.

The lab report gives a reading of 83 micrograms / m³ at standard conditions. In contrast, three benchmarks are to talk: the Federal Environment Agency of Germany sees only at a value of 120 ug / m³ action. The WHO proposes a value range of 60 to 100 g / m³. Less than 60 g / m³ is not expected to complaints. More than 100 g / m³ is cause for concern. The case clearly shows that not all people respond equally to the loading rate. The colleague of Anne shows no symptoms, but Mrs. Hopf sensitive to formaldehyde.
For precautionary reasons, the employer makes the built-in parts in the office space investigate further. In the furniture, the problem areas should be carefully resealed. It should also pay attention to the back walls. The furniture should be kept to a minimum. Reinforced airing always serves as a supporting measure.
If the employee has no health improvement, resettlement must be planned in a different office.