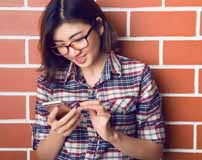 Mobile phone study from the US

The results of cellular studies with rats are for those responsible for the US government department National Toxicology Program (NTP) apparently so explosive that they published partial results immediately. Reason for concern are two types of tumors that occurred only in the irradiated animals: malignant brain tumors (gliomas) and schwannoma of the heart. Furthermore, the researchers found an increased incidence of hyperplasia in the experimental animals. This extraordinary increase in the number of cells within a tissue is considered precancerous. Correspondingly high was the echo of the international press on the research results. However, not close at all commentators of NTP assessment. Rather, there is the usual downplaying associated with critical cellular studies.


Description of the research method

Ninety Harlan rats per group were kept in conventional cages and irradiated alternately with the mobile technology GSM or CDMA at a frequency of 900 MHz with a total of 18 hours per day. GSM is used primarily in Europe, CDMA in America. Ten minutes each, the transmitter was turned off then ten minutes. The SAR value varied as follows: 1.5 W / kg, 3 W / kg or 6 W / kg. The control group was not irradiated with wireless technology. The project ran over a period of two years, the rats were exposed to mobile radio fields in the womb.

In the male rats of 3.3% of the animals developed a malignant brain tumor (malignant glioma) and an additional 2% to 3% a hyperplasia of brain cells.
Female rats did not respond to the exposure with GSM-900th In CDMA-exposure with a SAR value of 1.5 W / kg 2.2% of the females developed a malignant glioma and 1% hyperplasia.
Schwannoma of the heart developed 2.2% of male rates both in GSM and in CDMA technology. A Schwann cell hyperplasia was found in 1% of male animals. In female rats, statistical anomalies yielded only in the CDMA mobile communications technology.

Reactions to the results of the study

Officials of the US titled the NTP study with terms such as “good science” or “comprehensible test setup”. The chairman of the American Cancer Society ACS, Otis Brawley, sees the study results “a paradigm shift in the relationship between cell phone radiation and tumorigenesis.” The researcher Fiorella Belpoggi from Ramazzine Institute in Bologna recalls that in the discussion not only tumor cells but also the hyperplasia should be included. Then the percentage unusual event at the research results would be even greater.
Journalists from nonscientific papers look at the matter a little looser. Under the headline “cell phone radiation might tumors grow” sees German newspaper “Die Welt” only “a weak link ‘between tumorigenesis and mobile phone radiation. Gina Kolata, a science reporter for the “New York Times” holds nothing of the study results. It points out that the cancer rates have hardly developed since 1992 upwards, although it now would be billions of mobile phones.
Martin Schramm, science editor of the German radio station Bayern2, recommended to increase the number of base stations in order to reduce the transmission power of the mobile phone to the head.. This proposal again reject mobile critic. Because the mobile antennas transmit day and night and also burden people who do not want to make mobile phone calls.