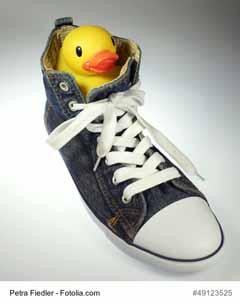 Rapid Exchange of product-news in the EU

Rapex (Rapid Exchange) is an alert system for dangerous consumer products in the non-food area. 31 European countries and the European Commission shall communicate to the fastest means of information to draw risky products from the market. A weekly report can be subscribed to via RSS-Feed or accessed directly on the website. Those who read the messages carefully, place the emphasis on Chinese products. But also from European countries, including Germany, permanent harmful products to hit the market. Some examples to show where the problem lies mainly:


Chemicals in toys and utensils

Most frequently find phthalates in plastic toys, such as Dolls, animals or objects. Phthalates are added as a plasticizer products. The chemical DEHP, DBP and BBP are allowed by the REACH Regulation no longer be used in products for children, as they are suspected of interfering with the hormone systems of humans. The heavy metal chromium VI is permanently conspicuous in shoes. Not only everyday shoes are concerned, but also safety shoes in the work area. Chromium VI may cause allergic reactions. In the ranking of the allergens in Germany chromium VI occupies the fifth place. Chrome share of more than 3 milligrams per kilogram (mg/kg) are considered conspicuous. Sample testing of leather gloves yielded values of 3 mg/kg to about 100 mg/kg.

Carcinogenic colors in linen and garments

The sheets of an Egyptian manufacturer contained the so-called azo colors. It can emit aromatic amines and toluene. Aromatic amines by skin contact in the interior. In animal experiments, carcinogenic potential was detected. AZO-colors are not in accordance with the REACH Regulation. Another reference was found in baby pajamas from China.

In a smart phone from China, the adapter does not fit the socket size. This reduces the risk of overheating or fire was given. In another product, the power supply of electric cigarettes was not secured clean. An electric blender was not designed for a high load. The case was too hot and opened. The poles of a battery charger for a cell phone headset were not clean isolated, so the risk of electric shock was. The screw an adapter from Germany broke away, so that the user with the live parts could come into contact.

A soap from England was similar to foods in their shape and size to confuse. Toddlers might bite and choke them. A game aircraft from China was extremely fragile. The ruptured small parts can easily be swallowed by children. At a toy gun, the small parts came off easily. There is danger of suffocation. Similarly, the buttons of a shirt triggered to children from easy. Similar cases can be further guided by the dozen.

What happens to the defective products?

Ideally, they do not come on the market, are previously returned or destroyed for the manufacturer. In many cases, defective products slip through the control grid. Then help only warning messages through the press media. Particularly expensive consumer goods such as motor vehicles are being recalled in the workshops in order to correct the error.